Part 1: The Rise of Skywalker Reaction 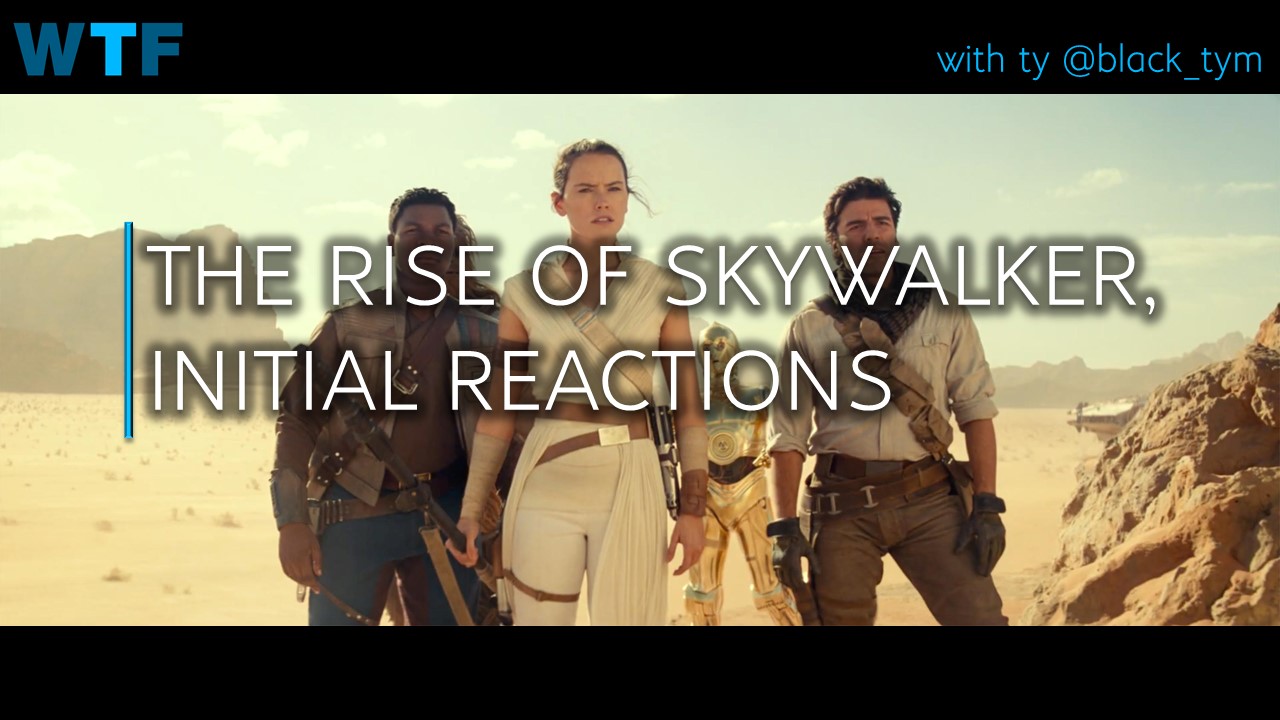 Join our host Marie-Claire Gould (@mariecgould) and co-host Ty Black (@black_Tym and Wit & Folly on YouTube) in our Part 1 of the Rise of Skywalker Reaction. Part 2 will be an Analysis on the mythic structure used.

The WHAT THE FORCE DISCORD: https://discord.gg/qJFRt6V