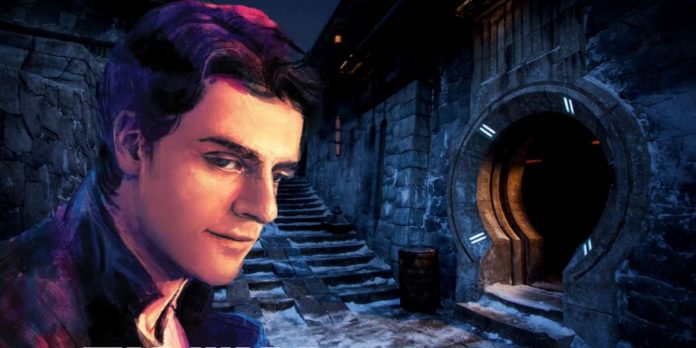 Poe Dameron: Free Fall by Alex Segura chronicles Poe Dameron’s turbulent adolescence among the Spice Runners of Kijimi. While this Middle Grade novel feels rushed and unpolished, it does contain some mythical golden nuggets, creates interesting parallels with other Star Wars characters, and cleverly retcons a few aspects that shed some light on Poe’s motivations as an adult.

In Poe Dameron: Free Fall, we follow Poe and Zorii’s repetitive Spice Running missions across the Galaxy for half of the novel. Eventually, three things happen: they rescue EV-6B6, the sweetest droid that you’ll ever meet; Trune, a New Republic officer with a grudge starts tracking them, and Zeva Bliss, the leader of the Spice Runners and Zorii’s mother, takes them to Kijimi, where she promotes them and tries to implicate them in a comically villainous plan to destroy her enemies. In the end, Poe finally realizes that he was running with the wrong crew, tries to kill Zeva, rejects Zorii’s offer to rule Kijimi together, and escapes the planet to join the New Republic fleet.

Quality-wise, the first half of the book is almost unreadable, and it really looks like it was written in a rush and barely edited. There are many repetitions, the action is sketched in and lacks any tension, the dialogue sounds unnatural and the time-jumps are brusque and confusing. In contrast, the Kijimi chapters are quite polished — the difference is so abysmal that it might be worth asking if Segura wrote the Kijimi part as a complete novella that tied teen Poe to The Rise of Skywalker, and then he was asked to turn it into a larger piece at the very last minute.

The second issue that although Poe Dameron: Free Fall is a Middle-Grade level book where the protagonists are teenagers, they really don’t feel like teenagers at all. Segura tries to work around it by abusing the turn of phrase “his/her experience belied his/her years”, but it still feels like a missed opportunity to enjoy a dorky, cocky Poe in all his teenage glory.

This doesn’t affect Segura’s original Star Wars characters (nor Babu Frik, who gets his own cheeky cameo) although unfortunately all of them die in the end. Eeevee the droid was a delight from beginning to end, and Trune, the young New Republic officer dead-set on revenge was a fascinating study of a good person’s slide into lawful evil. Trune was also the mastermind behind the single darkest twist of the novel, and Segura had some very devious ideas cooking in the background, where his skill as a mystery writer would have shone… if they had been developed.

Zeva Bliss gets VIP Star Wars villain treatment, complete with a helmet, a fabulous swirling cape, and a supremely dramatic entrance. Interestingly enough, Zeva’s description matches not only an older version of Keri Russel, who played Zorii in The Rise of Skywalker, but also General Holdo’s looks in The Last Jedi — it’s unclear whether Segura did it on purpose, but the physical similarities between the two characters would explain Poe’s immediate and irrational dislike for Holdo, which functions as a clever psychological retcon.

Teen Zorii is based on two archetypes that were better explored in other Star Wars stories: Qi’ra’s scoundrel beginnings in Corellia and Kylo Ren’s role as the proud scion of a firmly evil organization lead by an unreasonable boss. Zorii’s journey in Free Fall doesn’t quite match her role in The Rise of Skywalker, a film that highlighted her concern with the wellbeing of Kijimi’s children, and where she didn’t sound like the heir of a crime syndicate.

In the novel, Zorii also has a couple of lines where she explains to Poe that it’s impossible to kill evil, as something worse will always take its place. Her moral values are very similar to Doctor Aphra’s and DJ’s from The Last Jedi, and if you enjoy morally grey characters and thinking about Star Wars ethics, you might get a kick out that passage.

Fans of The Empire Strikes Back and The Last Jedi will also recognize the gender-reversed version of the Throne scene in Poe and Zorii’s final scene: about to take her mother’s place, Zorii holds out her hand to Poe, offering to rule together over the Spice Runners of Kijimi, and he refuses.

So far, this teen Zorii is the closest thing to a dark princess that the new canon has given us.

Regarding romance, there is little of it. Zorii and Poe kiss and hold hands at various points, but even the characters admit that they have no chemistry, and in the end, Poe refers to Zorii as his formerly “closest friend” and not “his first love”, clearly friend-zoning their time together.

Canonically, Free Fall fits the Star Wars puzzle, and it offers some pretty interesting information about Kijimi — a thousand years prior to the novel, the chilly planet was a spiritual center filled with gorgeous temples. Then Kijimi lost its monks and was taken over by the lowliest of the low, and now is slowly dying. Kijimi contrasts with Yavin-4, a living planet slowly colonized by dedicated farmers, and acts as a cautionary tale for the fragile New Republic that risks falling to corruption if it doesn’t find its spiritual core (for more on this, read Claudia Grey’s Bloodline).

Free Fall follows the Hero’s Journey structure, insisting on the meetings with the Goddess. Poe’s explicit motivation is dealing with his mother’s death and learning how to follow in her footsteps. In the course of the story, Poe meets three mother figures that represent an aspect of Shara Bey: there’s Eevee, the nurturing, loving droid, Zeva Bliss, who is such a Dark Mother that the first thing she does is kill Zorii’s father figure, and the last, give Poe a scar over his heart to match his grief. Finally, Poe sees Leia giving a speech on the Senate, and that helps him sublimate Shara’s values and step back into the light side.

So, should you buy Poe Dameron: Free Fall? Unless you are a massive Poe Dameron fan, this book is not particularly good and it doesn’t include any massive revelations. The clumsy writing is particularly frustrating, and it is hard to get through the first half. If you are a Star Wars scholar, Free Fall might bring you some joy, as it presents most of the themes and tropes that make Star Wars great and succeeds in plugging some of the plot holes created by The Rise of Skywalker.

As a whole, FACPOV – ESB is a resounding success. The volume is lovingly edited, sticking to the chronological order and geographical space of Episode V as much as possible and using every crevice, device, animal and minor character to explore forgotten areas and ignored themes.
Read more
Review

Our Acknowledgements: The Intro and Exit music is the What the Force Theme,...
Read more

Our Acknowledgements: The Intro and Exit music is the What the Force Theme,...
Read more

META MUSIC: Choral of Star Wars Attack of the Clones & Revenge of the Sith