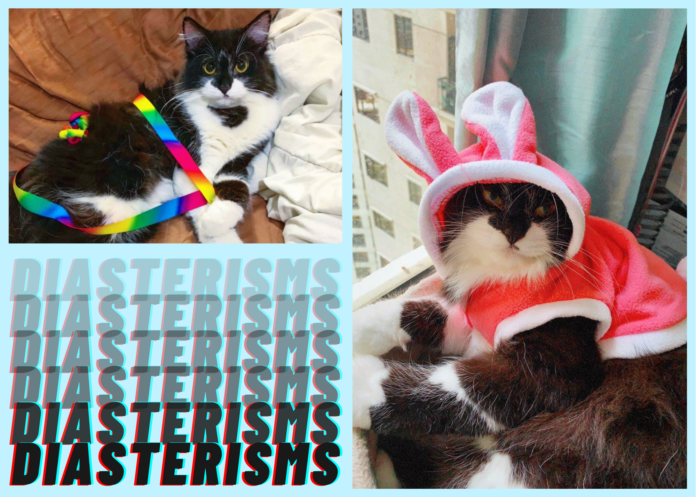 Diasterisms, also known as kylorenvevo and Thea, is one of the Reylo fanfiction scene darlings, having written some of the most memorable, detailed, and viewed (2.27 million visitors) Star Wars fanfiction on AO3 to date.

What got you into Star Wars? Were you in any other big fandoms before then?

I have a very vivid memory of watching the original trilogy on VHS in my aunt’s old house—this was in the nineties and I was maybe around six or seven years old. I grew up reading the EU novels, rewatching the original trilogy and the prequels, and playing Knights of the Old Republic and The Gungan Frontier. But I didn’t get into the online Star Wars fandom until after The Force Awakens; before this, I was active in Les Misérables, Avatar: The Last Airbender, Harry Potter, and The 100.

What was the first thing you remember writing for fandom?

For SW fandom in general, a short Poe/Rey fic requested by a friend. In that fic there was a scene where Rey reflects on her interrogation at the hands of Kylo Ren, and the dynamic that I unearthed in those few lines felt so rich that I just had to expand on it.

It wasn’t long before I wrote my first fic for the Reylo fandom, a canon-divergent one shot that was inspired by that old theory that Kylo was a double agent secretly working with Luke to take Snoke down. It was such a cool little story and I really enjoyed writing it, and I haven’t looked back since.

What did you see in Reylo that led you to write?

Reylo hits every single one of my favorite tropes: enemies to lovers, light versus dark, size difference, girl kicking boy’s butt and boy loving it. I think I started shipping them from the moment he bridal-carried her in the forest.

I was initially fascinated by his fascination with her, and when I started writing I realized that they had so much in common while still being different enough to keep it interesting. I’m a big fan of the opposites attract trope, and he’s basically a prince while she’s a feral desert child. I had no choice but to ship them.

You are well-known for your attention to detail, especially concerning the blend between your own world and EU/Legends settings – what sort of research do you go through for your stories?

I have a lot of random EU lore that I’ve retained from my childhood, so I just look up supplemental information on Wookieepedia, which has everything you need if you want to write in the canon verse. One thing that I love doing, in particular, is charting hyperspace routes, so I spend a lot of time cross-referencing articles and looking at maps.

Do you write for any other fandoms?

Not at the moment. I don’t have time!

What sort of process do you go through when writing fanfiction? Any programs you use, or a favourite pen?

My usual ritual involves writing the first draft on the Notes app of my phone while I’m out on my balcony having coffee. I then encode it on my laptop, and it’s also during this time that I edit, move stuff around, and delete as needed.

“At the time, I was new to writing Reylo and I wasn’t sure if anyone would want to read it. I was fully prepared to just write it for myself…”

Landscape with a blur of conquerors currently sits at #19 of the most-read fanfiction on AO3 (in the English language) – were you surprised at its success?

I was! It started out with me just wanting to fulfill my own need for a tropey arranged marriage story, and I feel incredibly blessed that it resonated with so many people.

I am a giant fan of your Sword of the Jedi series – cried countless times during my first read and every read since. What was your thought process when you first started writing the series?

The basis of Sword of the Jedi — Rey growing up at Luke’s Jedi Academy and knowing Ben before he was Kylo Ren—was actually prompted to me by warnerisms on Tumblr and it was inspired by this art piece by faembrosia:

At the time, I was new to writing Reylo and I wasn’t sure if anyone would want to read it. I was fully prepared to just write it for myself, but I’ve also been blessed in this regard and I’ll always be grateful to that story for helping me make some of my first friends in the fandom.

Can you tell us about Darth Pancakes, one of the SW fandom’s most beloved cats?

Pancakes is a Ragdoll/Himalayan mix. When I brought him home as a teeny tiny kitten two years ago, he hid under the aquarium stand in my living room for three days and he was so scared of people. Now he is eleven pounds of floof, spends most of the day laying belly-up, and he bullies everyone. He always looks grumpy even when we’re snuggling.

What sort of advice would you give to aspiring authors?

Read as much as you can so that you’ll get a feel for the different ways that language can be played with, enabling you to find your own voice. Make it a habit to write regularly—even if it’s just a few lines every session—so that you can practice and become comfortable with the art form. Lastly, be confident in what you put out. There are many writers and many stories but only you can translate the world through your perspective.

Given the current online environment, specifically with Twitter, how do you stay positive in your online interactions?

I think it really helps that I’m not online a lot xD.

In all seriousness, though, social media can get really toxic in general and the rules for stan Twitter and stan Tumblr are not much different from, like, Facebook. You have to gauge what your threshold is and discipline yourself to put down your phone and do something else when it gets to be too much. And you also need to curate your space and surround yourself with good people—speaking as a woman of color, my definition of “good people” are those who are willing to unlearn institutionally ingrained racism, sexism, homophobia, Eurocentrism, and other biases. I believe that the emphasis on positivity can also be toxic when it involves us refusing to listen to those whose rights are being trampled upon—but sometimes it’s okay to take a break and be kind to ourselves.

Are there any writers you look up to?

Do you have any upcoming fanfictions planned?

I have so many fics that I want to write, but I’m forcing myself to concentrate on my existing WIPs first! :))

Where to connect with Diasterisms/Kylorenvevo and her work:

Archive of Our Own

Nowreen Haque
Nowreen is a Canadian Exhibit Curator by day and a lore-hound by night. They knit thala-siren plushies and play too much Elder Scrolls Online. Specialty is the history of literacy and the folklore of the early modern Irish diaspora. Poke them on twitter.