Home Articles Review: From a Certain Point of View – The Empire Strikes Back...
ArticlesReview 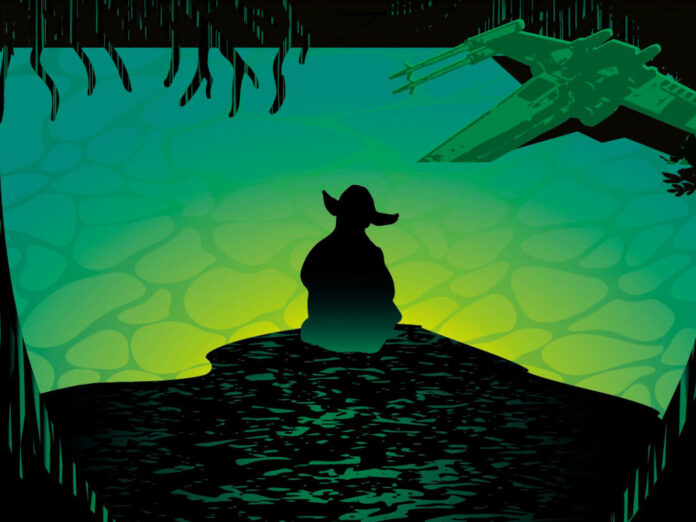 From a Certain Point of View – The Empire Strikes Back is a short story anthology set during the events of The Empire Strikes Back. It features new authors and Star Wars veterans and, like its predecessors, aims not only to bring fresh in-universe perspectives and modern commentary to the Original Trilogy, but also to seamlessly weave new characters and event from the Disney era into the films of the past.

As a whole, FACPOV – ESB is a resounding success. The volume is lovingly edited, sticking to the chronological order and geographical space of Episode V as much as possible and using every crevice, device, animal and minor character to explore forgotten areas and ignored themes.

Just like the film, this anthology has a rhythm that rhymes better if it’s read in order. The protagonists of some stories pop up as a background character in others, and the two marble columns of the film – Hoth and Cloud City – are complicated pieces of machinery where every individual story is important to the whole.

FACPOV – EST has a point of view for everyone, from main players like Palpatine, Obi-wan, Yoda and Boba Fett to non-humanoid characters with mind-blowing perspectives. It doesn’t forget about cult favorites like Willrow and Veers or new stars like L3 from Solo or Rae Sloane from the Aftermath Trilogy.

The first part of the book takes place during the battle and evacuation of Hoth and its immediate aftermath and sets the board for the two main players. On one side, the scrappy rebels who are incredibly aware that they are one feral tauntaun or unchecked probe away from total destruction, and hold on to hope as their only lifeline. On the other, the rapidly diminishing officers of the Imperial Navy, which become a complex study about the hollowness of absolute power, and the emptiness of a life lived just in service of a bureaucracy, with one effervescent exception: Amara Kel’s Rules for TIE Pilot Survival (Probably) by Django Wexler, an action-packed guide to surviving space skirmishes bubbling with humor, queer romance and a happy ending.

The second part of the anthology will delight bounty hunter addicts; there is a lot of deep lore to mine about every single one of the mercenaries that Darth Vader hired to find Luke.

The third section, set in Cloud City, is a mosaic of normal lives under imminent occupation, covering shopkeepers, miners, beggars, chefs and scoundrels forced to confront the reality of the Galaxy and to pick a side; the anthology drives home that there’s no hiding from a despotic ruler or an unjust war, no matter how far away it seems to be. The anthology closes with a Whill dialogue, a nice callback to the first FACPOV.

The most intriguing tales of this anthology belonged to the inhuman characters. Delilah S. Dawson’s She Will Keep Them Warm is a heart-wrenching chronicle of the last days of a tauntaun matriarch; Dawson’s vivid, impressionistic style that she deployed so well in Phasma is pitch-perfect for it.

This Is No Cave by Catherynne M. Valente swings in the opposite direction. Meet Sy’o, the youngest exogorth baby that ever was, and also a billion-year old creature hungry for love. Sy’o wants to keep everyone safe and happy, and is desperate to establish a connection, to nurture, to be accepted and to share his magical perspective of the Galaxy with the small creatures that have parked inside his gently pressurized belly. Anyone who doesn’t cry when the Millennium Falcon leaves Sy’o should have their tear ducts checked.

These two animal tales really put into perspective how insignificant the Star Wars is for the Force and how vast, beautiful and full of improbable life the Galaxy is, but there are also two droid tales that are exceptional.

Faith in an Old Friend by Britany N. Williams delves into the three droid brains that make up the Millennium Falcon’s computer: V5-T, the factory default; ED-4, a cheeky slicer droid brain ecstatic to learn new words, and L3-37, Lando’s beloved companion in Solo: A Star Wars Story who was uploaded to the ship after her body was destroyed. The three droid brains are almost a sort of mechanical Whill encased in the ship, and does more for humanizing robots than BB-8 ever could.

Right Hand Man by Lydia Kang presents 2-1B, the surgical droid in charge of replacing Luke’s amputated hand with a mechanical one, trying his best to provide comfort to his patient and to relieve him of every kind of pain. 2-1B pinpoints Luke’s main issues: his disgust at becoming part machine, like his father before him, his regret at the mistakes he made that ended up hurting those he loved, and his deep-seated conviction that he doesn’t deserve any kind of help because he’s not morally perfect.

There’s much more, of course – Mike Chun’s Disturbance finally explains what Palpatine saw when he felt that first “Disturbance in the Force,” Daniel José Older pokes fun at editors and writers in STET!, and Mackenzi Lee’s There is Always Another goes deep into Ghost!Obi-wan’s memories, regrets and well deserved, long-ruminated scathing opinions about the Jedi Order. Obi-wan’s relationship with Anakin as he tried to raise that heartbroken boy without any support comes front and center, and it is treat for fans of the Prequel Trilogy and The Clone Wars.

So, should you buy From A Certain Point of View – The Empire Strikes Back?

From A Certain Point of View – The Empire Strikes Back’s sheer variety of authors and perspectives are a feast for sci-fi readers, and the love that was put into this collection radiate from the cover, the stark black-and-white illustrations reminiscent of visual illusions. It’s a great anthology for casual fans of Star Wars that have only seen the movies – no complex canon factoid assembly required – while satisfying hardcore fans with quality Star Wars trivia night food. The structure turns the anthology into Revolution captured in a million different cameras across the Galaxy, and provides a sturdy mythical backbone. But really, between you and me, just the animal tales are worth the hardcover’s weight in beskar steel.

Dark Legends, written by George Mann and illustrated by Grant Griffin, is a short collection of Star Wars stories based on well-trodden horror tales. The tales themselves fall flat and are not very scary, but they introduce variations on Star Wars concepts (the planetary effects of massive cracked kybers, the Jedi suppresion of the Dark Side...) and they are accompanied by fantastic illustrations.
Read more
Interview

Interview with Amy Ratcliffe – Star Wars: Women of the Galaxy

Join our host Marie-Claire Gould (@mariecgould), and Amy Ratcliffe (@Amy_geek) the author of Star Wars: Women of the Galaxy (Published by Chronicle Books). We...
Read more