Dispatches from the Holonet: News Roundup 10/9/20 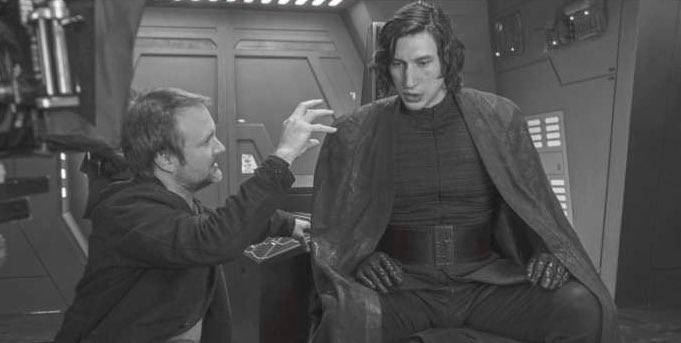 Welcome back, everyone! Hope you are having an excellent October so far! I’ve been enjoying the new shot of Adam Driver and Rian Johnson on set of The Last Jedi, how ’bout you? Not a lot of big news this time, but we are looking ahead to some awesome content coming soon.

The High Republic has released their opening crawl. “Project Luminous” is a series of books and comics, not films (so far), but starwars.com has just released a film-style crawl which gives readers clues into what will be explored come January, when the first High Republic content will be released. The crawl, as well as other exclusive High Republic-related content, can be found here. All I want for Christmas is for the first book to release early!

There was also a High Republic Panel with authors Claudia Gray, Charles Soule, Justina Ireland, Daniel José Older, and Cavan Scott as part of New York Comic Con where they explain the twist of their new Star Wars saga, introduce the characters, hint at villains, talk new lightsaber technology, and tease what’s to come. Our favorite aspect of the panel was when each of the authors explained how their Jedi perceive the Force. What The Force editor Bea Caicoya discusses this in a brand new article!

Starwars.com also has a giant comics preview for titles coming January 2021, including the mega-popular Dr. Aphra and the controversial Bounty Hunters. You can check it all out here. Which new release are you most looking forward to?

If you can’t wait til January for some new Star Wars goodness, I have good news! The manga adaptation of Claudia Gray’s incredible Leia, Princess of Alderaan by artist Haruichi comes out October 27, and It. Is. Gorge! Check out the preview here.

Finally, it seems like quarantining affects us all…even super famous celebrities! Our very own Luke Skywalker, aka Mark Hamill, goes head to head with Capt. Picard (otherwise known as Sir Patrick Stewart) on an Uber Eats commercial. This ridiculous ad hits me right in the 90s kid feels, back when people were either Star Wars or Star Trek and never the twain shall meet. I’m glad we all multi-ship now and can pledge our love to as many fandoms as possible!

That’s all for now, friends. Be safe and (if you’re American) vote!