Home Articles REVIEW: I Love You. I Know.: Lessons in Love and Friendship
Articles

REVIEW: I Love You. I Know.: Lessons in Love and Friendship

A great Valentine's Day gift for the Star Wars fan in your life. 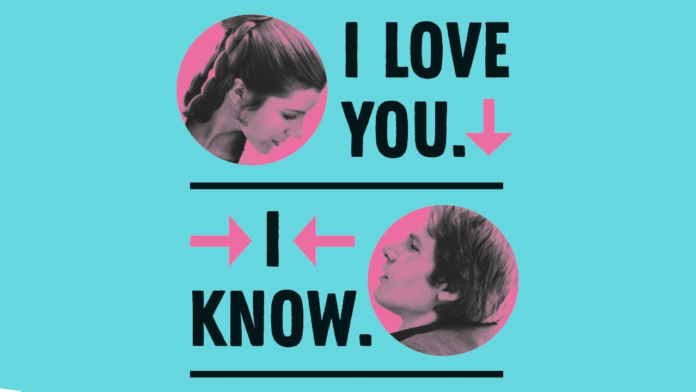 The What the Force Community makes it a point to discuss Star Wars from a mythical and emotional lens, as archetypal stories with feelings are some of the most effective at connecting with our humanity. For that reason, Amy Richau‘s first Star Wars book I Love You. I Know.: Lessons in Love and Friendship was one of our most anticipated reads of 2021–finally! a book about the different kinds of relationships in Star Wars that doesn’t shy away from complex emotional themes.

For the Casual Star Wars Fan

This book would make the perfect Valentine’s Day gift for the average Star Wars fan. It looks back at some of the franchise’s favorite relationships: Han and Leia, Anakin and Padme, and C-3PO and R2-D2… you will finish this book feeling well-loved. It also indulges in adorable quirks, like the TIE fighters made out of hearts. And, for a classic touch, you can pen in your Valentine’s name in the “To” and “From” page.

For the Devoted Star Wars Fan

This book will perfectly fill out the collection of even the most ardent Star Wars fan. Amy Richau is a fan first and her love for the universe inks every page and relationship, highlighting favorite scenes between all the pairings — and we mean ALL the pairings, including Obi-Wan and Satine and Anakin and Ahsoka from The Clone Wars, Kanan and Hera and Zeb and Kallus from Rebels, Beckett and Val and Han and Qi’ra from Solo: A Star Wars Story, Chirrut and Baze from Rogue One, and D’Acy and Tyce from The Rise of Skywalker. My personal favorite pages were Finn and Rey, Rose and Paige Tico, and Leia and Holdo.

The book also covers all kinds of affection, from True Love to Family, Friends, It’s Complicated, and Enduring Love. Amy’s fan project 365 Star Wars highlights all aspects of Star Wars including many characters and creators who are often overlooked. The project’s influence and Amy’s love for all aspects of Star Wars shows in the variety of of relationships on display. The devoted Star Wars fan will be grateful to her for including their favorite underrated relationships.

WARNING: ANYTHING BELOW THIS LINE MAY CONTAIN SPOILERS

For Ben Solo and Reylo Fans

So, what about Reylo, the most discussed ship in Star Wars? There’s no way for Amy to make every fan happy and including Rey and Ben Solo’s relationship in the “It’s Complicated” section makes sense, but their description felt extremely safe; like many other creators in Star Wars, Amy only alludes to the relationship as an “unexpected connection” instead of highlighting the significance of sacrificing your life Force for someone else. There was no picture of Ben and no mention of the kiss, the Force Bond, or the Dyad.

There’s also not a section for Ben and Han, which is surprising since it’s the only other reference to “I Love You. I Know.” in the Skywalker saga. It feels like a missed opportunity to discuss love for your child and love for your parent when it actually becomes difficult. Since Anakin/Vader’s relationships are included multiple times and discussed with such care in their complexity, Ben’s absence from the rest of his family and only in relation to Rey feels strange.

I wanted to separate this review into sections based on the type of fan you are because I think for the majority of fans, this book will be heartwarming and something to cherish, but I also wanted to be honest for those who are invested in the “It’s Complicated” relationships.

Look out for an interview about I Love You. I Know. with Amy Richau and Marie-Claire Gould in February 2021. Also, check out Amy’s fan project 365 Star Wars where she highlights all of the diverse characters and creators in the Star Wars world.

“What Palpatine doesn’t know is we’re a dyad in the Force, Rey. Two that are one.”  - Kylo Ren/Ben Solo
Read more
Fandom Focus

Diasterisms, also known as kylorenvevo and Thea, is one of the Reylo fanfiction scene darlings, having written some of the most...
Read more