Review: The Clone Wars: Stories of Light and Dark Anthology 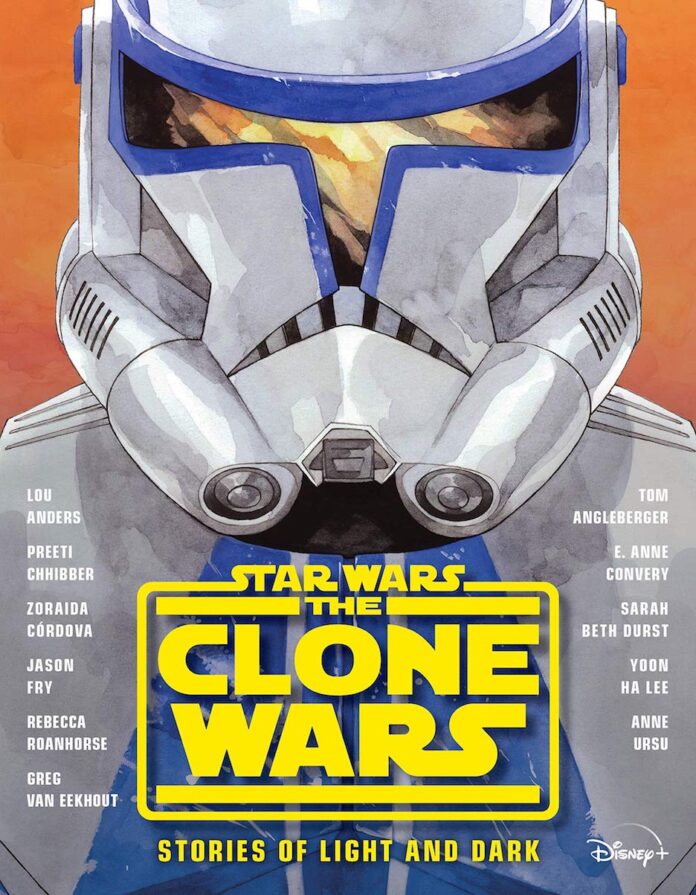 The Clone Wars: Stories of Light and Dark retells episodes of The Clone Wars in a similar way to a novelization. The downside to this is that very little new is added including dialogue. However, the highlight of these stories is getting the point of view of characters we love in stories we already enjoy and getting more content from some of my favorite Star Wars authors!

Each of the stories in the anthology is unique not only in terms of story and characters, but also how they’re written by the variety of authors and the emotions they invoke.

“Dooku Captured” by Lou Anders has some truly hilarious moments including when Count Dooku says Anakin and Obi-Wan were, “as overconfident as ever, strutting like a pair of preening tip-yips.”

Getting to see Anakin’s fear of loss on full display in “Hostage Crisis” by Preeti Chhibber and Obi-Wan’s feelings for Satine in “Kenobi’s Shadow” by Greg van Eekhout was great.

Although Padmé is often portrayed as a confident politician, it was refreshing to see her doubting herself in “Pursuit of Peace” by Anne Ursu, while still rising to the occasion because she believes in a bigger cause.

“The Lost Nightsister” by Zoraida Córdova successfully captures all of the complex and conflicted emotions that make Asajj Ventress so iconic and ties nicely to Jason Fry’s story earlier in the anthology when Yoda senses the pain and hunger for belonging that Ventress feels.

My personal favorite stories in the anthology were “The Lost Nightsister” by Zoraida Córdova and “Dark Vengeance” by Rebecca Roanhorse where Maul’s voice jumps off the page.

Since it’s a new story, a novel set in the Clone Wars era like Dark Disciple by Christie Golden will still be the type of Clone Wars content I prefer, but this anthology is worth checking out for all the die-hard Clone Wars fans.

*** This is an original story but unfortunately was not available yet for review.

The audiobook for The Clone Wars: Stories of Light and Dark will be performed by many of the original voice actors from the show.

With Chaos Rising, Timothy Zahn does a great job of combining intensely personal perspectives with political intrigue and military philosophy and strategy, building a fascinating novel that will delight Thrawn fans, intrigue classic Star Wars viewers and might open a smooth segue into the franchise for lovers of other science fiction universes like Star Trek, Dune or even The Left Hand of Darkness. A must read.
Read more
Review