Home Articles The Future of Star Wars is Small (but in a Good Way!)
Articles

The Future of Star Wars is Small (but in a Good Way!)

Take this creator-driven model and lower budget and you have a recipe for galactic success: a foundation that allows for more creative freedom with any financial risk mitigated by both practical assets like The Volume and shrewd story group decisions. 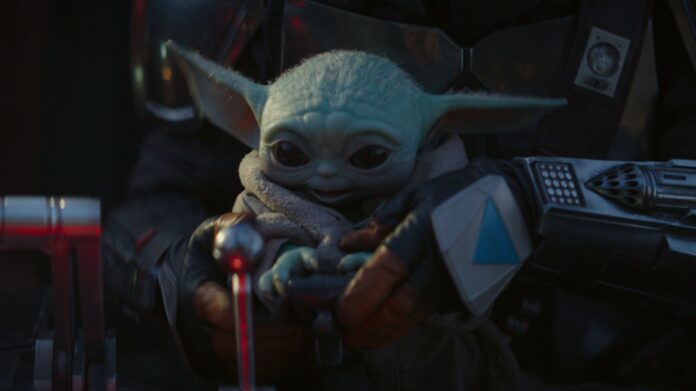 The Skywalker Saga is over, and we can now move on to new stories. But how to do that? The awards powerhouse of The Mandalorian is gracing our television screens, the incredible finale of The Clone Wars aired to great critical success, and The Bad Batch is on its way. However, in a strange way, cinematically, we’re back in the uncharted waters of post-Revenge of the Sith, circa2005. Kathleen Kennedy, the head of Lucasfilm, has said creatives are currently “stepping back” in order to reflect upon and assess the world George Lucas created.

As far as new movies go, it’s been years since the latest update on Rian Johnson’s announced trilogy, and a number of other projects have come and gone. The obvious path forward would be to attempt an interconnected franchise akin to the Marvel Cinematic Universe: an unparalleled success in our time.

Yet Star Wars is not an adaptation but an original work, intrinsically tied with the development of modern cinema. It is similar to Marvel in that it often has legacy to contend with, but its greatest strength lies in its mythic trappings and the cinematic language which it has established over four decades of storytelling: a veritable treasure trove of material. The blueprint for the path forward already exists, only that it’s not Marvel’s bombastic superhero saga… but DC’s more personal movies. It’s Joker.

I use Joker as an example divorced from any personal opinion about the film itself. Joker was a small-scale, genre story told on a modest budget, using the trappings and tropes of its source material in order to entice die-hard fans, while appearing different and singular enough to seem like a worthwhile outing to the cinemas. It was a smartly executed meeting of commerce and art, using a model from which Star Wars could benefit. Most importantly, it only cost a reported $55 million to make.

I love the inherent breadth and richness of Star Wars, but that comes at a very expensive price tag, one which is most keenly felt in international markets—particularly in China—where Star Wars does not have the cultural footprint it has in the west, with many first experiencing the franchise through The Phantom Menace in 1999. Joker’s entire budget, in contrast, could be recouped in a film’s opening weekend. Like the low-budget horror renaissance of the mid-2000s, this film was crafted to succeed.

In contrast, if we look at the box office returns for Solo: A Star Wars Story, it shows it made $179 million internationally, with a reported production budget of $275 million; its total gross being over $600 million less than that of Joker, which finished its run at a truly ludicrous $1.7 billion.

Yet this was a lesson the DC Extended Universe also had to learn, despite its early victories elevating auteur directors like Tim Burton and Christopher Nolan through the Batman films. In a post-MCU world, it only recently found success through the films that eschewed the Marvel model and continuity specifics in favor of doubling down on directors’ distinct creative visions like Patty Jenkins’ Wonder Woman and James Wan’s Aquaman. Box office returns show general audiences love embracing fresh, distinctive voices within these vast cinematic universes.

Am I saying that every small-budget Star Wars film would reach the success of Joker? Of course not. Few films do, but I think that Joker’s strength, aside from its star-power and the controversy surrounding it, is that it was a film largely divorced from canon and continuity, a creative tenet with which I believe many have become obsessed due to the MCU’s success.

Ironically, the biggest hurdle for a lot of people coming to the MCU late is they feel a barrier for entry: if everything is continuity, then you’re bound to be confused or at least miss out on certain details if you haven’t allocated the time or resources to watch 20+ movies (and counting). Joker cleverly sidestepped this problem by being its own story, dipping into the collective public consciousness of knowledge of the Joker only at specific moments, but working perfectly fine divorced from any familiarity with the greater DC comics canon.

A few years ago, I would’ve said it would be impossible to create a Star Wars film at a similar budget to Joker, but that was before the vast possibilities afforded by The Volume. Used on The Mandalorian, The Volume tech is basically a massive LED video wall and ceiling, allowing for digital backgrounds to be displayed and reoriented in real-time (more information can be found here or on Disney+’s wonderful behind the scenes Gallery, Episode 4: Technology). This technology allowed for the first season of The Mandalorian to cost, “around $100 million” according to Disney’s CEO Bob Iger, or roughly $12.5 million per episode.

This technology, paired with creator-driven stories, is the future of Star Wars – beyond anything that we’ve seen before. Some have lamented a new industry model that has developed in tandem with Marvel’s franchise success: talented young filmmakers showcase their abilities with low-budget, indie fare and are immediately snatched up and propelled into the blockbuster machine (Star Wars fan and cinema youtuber, Patrick Willems touches on this in his thoughtful, in-depth three-part series on what he and many others believe are the creative limitations of the Marvel films, and their collective effect on the film industry). However, for indie filmmakers, making a blockbuster is a fantastic opportunity that will open many doors in their futures as well as inject some much-needed creative freshness into these well-worn franchises.

Take this creator-driven model and lower budget and you have a recipe for galactic success: a foundation that allows for more creative freedom with any financial risk mitigated by both practical assets like The Volume and shrewd story group decisions. Use the vast setting of Star Wars to tell a diverse range of stories; allow for some of the most talented people in their fields to retain their artistic voice while simultaneously pressing at the edges of what Star Wars can be and embrace the weird that has long existed in the comics, Legends, and new canon books. Every Star Wars movie doesn’t have to be a $250+ million blockbuster, doesn’t have to be either intertwined with the OT (like Rogue One) or a spin-off with a beloved established character (like Solo). They can be small, creator-driven, character-focused, and most importantly, new.

Give us a parlor-romance set on one of the Core Worlds. A gritty crime drama on Malastare. A heist in Hutt Space carried out by an ensemble of practical-effects aliens. A swashbuckling adventure set in the Unknown Regions. A slow, Das Boot inspired starship battle, made with miniatures. Make small movies with big characters and all the miraculous creative power of ILMto back them; broaden the catalogue, gain audience trust.

Diversifying Star Wars films, focusing on fun individual stories and inventive genre takes could reinvigorate audiences. Satisfy them repeatedly with smaller entries until they can’t help but get excited for a new, high-budget trilogy where anything is possible. That or a puppet-heavy Max Rebo musical biopic (I’m only half-joking.)

Star Wars remains an indelible part of movie culture and, whatever happens, there will be more movies. This is my greatest hope: to see a slew of new creations, powered by distinct creative voices, unbound or at least unburdened by hard canon, free to dip into the greatest toy box in this galaxy and come out with something truly special, something we’ve never seen before.