Home Articles Was Mandalore the Scottish Highlands of a Galaxy Far, Far Away?
Articles

Was Mandalore the Scottish Highlands of a Galaxy Far, Far Away?

Some aspects of Mandalorian culture and history -- their clans, emblems, martial societies and resistance against Imperial rulers -- are remarkably similar to those of the Scottish Highlands. 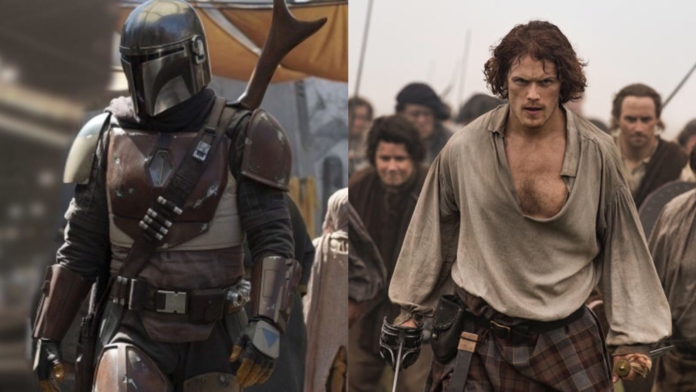 As we learn more about Star Wars characters and their stories, their parallels to our reality emerge. For instance, one the events of Mandalore’s recent, painful past, The Great Purge, where the Empire killed and exiled many Mandalorians and took all of their Beskar, bears a resemblance to Scottish history and its turbulent relation with British rulers — specifically, to the Battle of Culloden of 1746, the swansong of the ancestral Scottish clan structure.

As many aspects Mandalorian culture match up with the Scottish Highlanders, it might be worth taking a look at the similarities and what they tell us about our world and the galaxy far, far away.

The Battle of Culloden Moor was the final confrontation of the Jacobite rising of 1745, where the Jacobite army, supported by the Scottish Highlanders, faced the British Army. The Jacobite rising was a rebellion aimed to support a Stuart restoration in both Scotland and England, by restoring the claimant of the Stuart branch who was excluded from succession. The Jacobite Army was largely composed of Gaelic-speaking Catholic Highlanders, who were organized into clans.

Regardless of the different circumstances and motivations, there are interesting parallels between Highlanders and Mandalorians, especially the fact that they were fighting against an Empire (by the 18th century, Great Britain was about to become one of the largest empires in history.)

Unfortunately, the Jacobites were poorly armed by the time they faced the British Army in Culloden. The power of the Scottish Highland clans was forever broken.

The impact of the Battle of Culloden not only ended the dreams of a Jacobite restoration and the final defeat of Bonnie Prince Charles, but also destroyed the deeply ingrained martial aspect of the Gaelic Highland way of life. The British government might not have wiped out almost all of the Scottish population as the Empire did with Mandalore, but it dealt with the prisoners from the battlefield and then passed the Acts of Proscription to dismantle their ancestral clan structure.

Carrying weapons such as muskets was forbidden for Highlanders. Playing bagpipes was banned, along with Highland dress (except for those wearing it as a uniform as officers and soldiers in the British Army.) For those who dared to defy the new laws, there were fines, imprisonment, and exile.

Even though some of the Scottish Highlanders were able to maintain their warlike customs by channeling them overseas in service of the British Empire, there was an impact on their ancient clan structures in Scotland already in decline. The historical consensus is that The Battle of Culloden marked the end of the highlander way of life.

The Great Purge, mentioned in season 1 of The Mandalorian, had a similar effect on a region with clan organization and even a distinctive dress code to go along with it.

Prior to the Jacobite rising, the British government saw the potential for the warrior attributes of the Highlanders and formed independent military companies, which led to the formation of a regiment called the Black Watch. That sounds pretty much like the Mandalorian Death Watch of Star Wars.

Wearing kilts for the people of the Scottish Highlands was associated with their way of living an outdoor life. A kilt is a garment that is easy to construct and gives freedom of movement to cross the wet and boggy moors. Although the historical tartan dress was banned as mentioned by the Dress Act of 1746, this Act was repealed a few years later, and the use of kilts and tartan was made popular, first by the British army, royalty and then others.

In some ways we can see a similar thing happened in a galaxy far, far away with Mandalorian armor and the beskar taken away by the Empire as the aftermath of the Great Purge.

For instance, in the Disney Star Wars canon, Jango Fett was a renowned mercenary who donned a Mandalorian armor, but Mandalorians did not consider him as one of their own, as he had not bee raised into his customs and Creed; he just had the clothes. Boba Fett, his descendant and the heir of his equipment met the same consideration. So would Cobb Vanth, the man who took a Mandalorian armor found on Tatooine (which is probably Fett’s armor from the sarlacc) and wore it as the sheriff of Freetown in Chuck Wendig’s Aftermath trilogy. The three men dressed with the armor — just like some people around the world like to don a kilt but don’t turn into a Highlander.

Which raises an interesting meta point: just like the kilt was incorporated into a corps of the British army, so the Stormtrooper armor was heavily inspired by the Mandalorian armor from the conception of the Clone Army, which was designed to have to culture or no Creed other than obeying the Emperor at any cost, and whose bone-white skeletal outfit would become one of the most emblematic Star Wars visuals of all time. It hits differently if you consider Stormtroopers the ghosts of an entire culture.

Fun fact: the word “clann” is Gaelic and means “children”.

In Star Wars, Mandalorians have specific markings on their armor to show their allegiance to a specific clan or organization. These clans were formed by families, and presented a similar structure to the one found in Scotland pre-1746, which had a patriarchal society in which most of the people descended from or owed allegiance to a chief, who could call upon them when they needed warriors.

As we learned from The Mandalorian, The Great Purge had a similar effect on the Houses and Clans structure of the Mandalorian people to the Scottish clans. The surviving Mandalorians, now in exile and dispersed across the galaxy, were scattered into small tribes that hid to ensure their survival and keep their traditions alive.

While we know what happened with the Scottish Highlands and their clans, and Scotland went through as of now, we do not have much information on what the future holds for the Mandalorians in Star Wars. Will the Mandalorians restore their previous cultural heights by the time of the sequel trilogy?

The second season of The Mandalorian could be the way we learn more about the future, intertwined with the story of a lone gunslinger looking for the family of his wee bairn protégé. For now we can only speculate and draw parallels to our own history to figure it out.

Facebook
Twitter
Pinterest
WhatsApp
ReddIt
Email
Tumblr
Previous articleHolonet Dispatch SPECIAL EDITION: Where Are the Stars of the Sequel Trilogy Now?
Next articleThe Dadalorian – How The Mandalorian Changes Star Wars and our Society for Future Generations