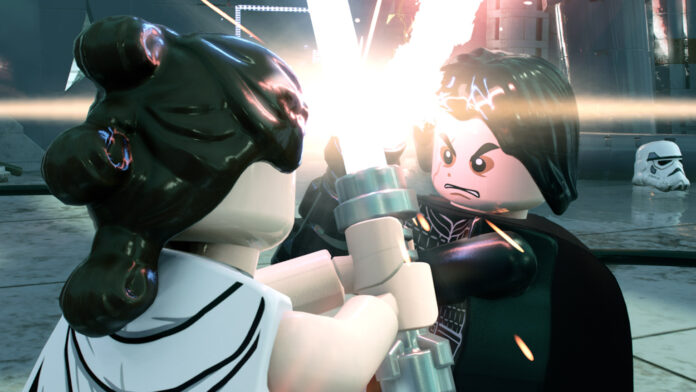 Kathleen Kennedy says Lucasfilm is taking a “step back” to develop the future of Star Wars storytelling.

Speaking to The Wrap, Lucasfilm President Kathleen Kennedy said, “We just need the time to step back and really absorb what George has created, and then start to think about where things might go. That’s what we’ve been doing, and we’ve been having a great deal of fun doing it, and meeting with lots of different filmmakers and talent. There’s so many fans out there and so many filmmakers that have been influenced by Star Wars for so long that it’s a fantastic opportunity to get a sense of who wants to be a part of this. So that’s what we’ve been doing.”

A new trailer for LEGO Star Wars: The Skywalker Saga has been released. The game will allow players to experience iconic moments from all nine films in a lighthearted, humorous way that only LEGO can create!

Journey to Batuu is a new game pack for The Sims 4 where your Sim can travel to Black Spire Outpost in Galaxy’s Edge for lightsaber building and encountering characters like Rey, Kylo Ren, and Vi Moradi!

Inspired by Star Wars: Galaxy’s Edge, new toys, apparel, and other merchandise are coming to Target, Target.com and the Target app starting at 12 a.m. PT/3 a.m. ET on August 30. The collection will also be made available to Canadians at Toys “R” Us soon!

Star Wars Celebration Exclusive Merchandise including pins, T-shirts, collectibles, and more goes on sale for ticket holders for three days starting Friday, August 28 at 12 PM EST even if you refunded your tickets. The shop will be open to the public on August 31 at 12 PM EST.

#RememberingResistance Day is THIS Saturday, August 29